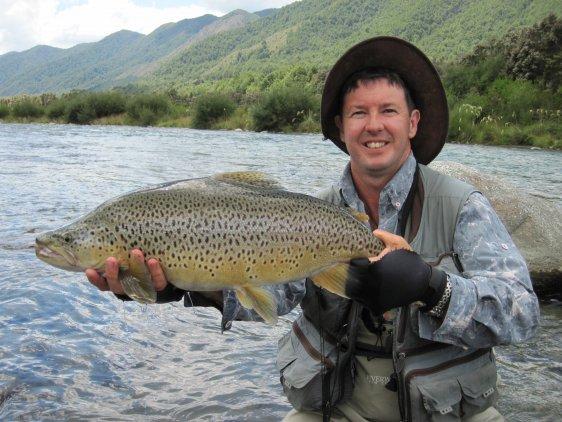 Zane has been guiding since 1985 and is one of New Zealand’s best known fishing guides. At 46, he is fit and in his prime as a guide. Zane knows the waters of the Northern South Island like no other, knows where the big fish swim and knows how to best catch them.

Zane holds BSc. and MA. degrees from the University Of Canterbury where his 1990 Masters Thesis: Trout Fishing in Nelson – Management of a Recreational Resource, was a seminal document on the usage of the region’s fisheries.

During the 90s Zane gained international guiding experience during four summers in Colorado and has also fished extensively throughout the western United States, British Columbia, Christmas Island and Sweden.

Zane has developed an enviable reputation as one of New Zealand’s leading trout fishing and outdoor recreation photographers and his images are regularly featured in New Zealand Fish & Game magazine as well as a number of other books, magazines, calendars, and publications.

Along with his father Stuart, Zane was the co-founder of NZ political party Outdoor Recreation NZ, which has asserted the rights and aspirations of outdoor recreationalists in the NZ political arena (read more - Outdoor politics wildside)

Aimee and Zane have undertaken fishing marketing trips to California and Australia of recent times.

Zane is proud of what Strike Adventure® has achieved and is excited about the on-going development of exciting new fishing adventures for you to enjoy. 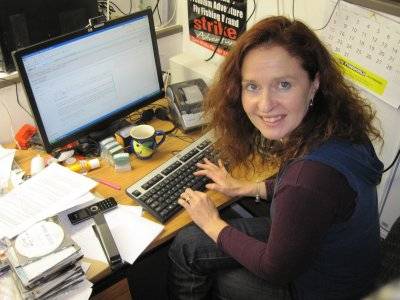 Aimee is much more than a fishing widow!  She is an indispensible part of the Strike Adventure Fishing Team, especially during fishing season, when Zane is away on the road putting in big days and long hours.

Aimee is the person many anglers will encounter first when they make contact with us.  Aimee has extensive knowledge of the fishery, locations, accommodations, our guides, in fact any thing you need to know about booking a fishing adventure with us.   In an earlier life before four kids and Strike Adventure, Aimee worked as a Senior Social Worker and even has a BSc degree in Psychology from the University of Canterbury, where she first met Zane...

Aimee is very capable and always here to help you.
Email now with your inquiry: aimee@strikeadventure.com